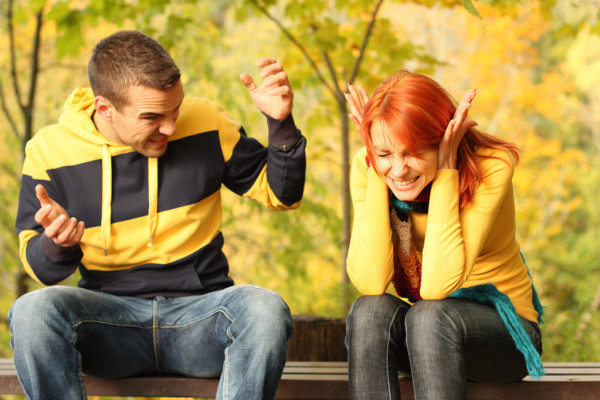 My client came to me after suffering with reoccurring anger issues in his romantic relationships. These were making him aggressive towards his partner and causing significant problems within his existing relationship.

My client had a childhood shaped by a neglectful mother and violent father. His parents had a turbulent relationship which got increasingly fraught, angry and violent. When they divorced he first stayed with his mother.  She however became preoccupied with new relationships and scarcely gave him any of the care and maternal affection he craved. So he went to live with his father. He also did not provide the protection and love needed; his father also suffered with anger issues and would often issues threats of violence. Both the parents’ attitudes and behaviour caused my client profound wounding.  This convinced him that he had to shield himself and never make himself vulnerable.

Experiencing his world as one of neglect, anger and aggression, he escaped into sex, drugs, and partying. It took him a long time to manage to live with anyone as his internalised family dynamics kept being repeated in his own relationships. These manifested as hostility, rage and occasional violence, and it horrified him to see himself become like his father.

My client wanted help to recover from this legacy of emotional rejection from his mother and physical aggression from his father. Sadly, this is not an uncommon a story; the details and situations may differ but many share similar dysfunctional childhoods. He was realising that these anger issues and cyclic patterns of need, fear and aggression were destructive in his relationships.

As an adult my client avoided acknowledging his emotional need for love and intimacy. He found it impossible to accept his longing for affection and connection, denied to him as a child.  As with his parents, he developed patterns of alternating closeness and hostility. He so dreaded feeling unwanted, as in his childhood, he felt compelled to control and dominate others, often by becoming enraged. In this he was following in the footsteps of his father.

I recognised in him typical defence strategies designed to cope with feeling rejected and unloved. It was important for him to understand his parents’ roles in the forming of his defences, including his propensity for explosive fury.  As he and I interacted, I observed him to have a sensitive and kind nature, willing to love and prepared to change.

My aim was to upgrade my client’s perceptions into a more objective experience of life, one not determined by his inner child wounds, conditioned responses and learned behaviours.

I helped him to accept and tolerate his feelings of anger and heart-break stemming from his experiences as a child who didn’t receive the love, care and attention he needed. I guided him into cathartic processing of feelings: vocally, emotionally and physically. We used a repertoire of techniques including bioenergetics, breathwork, movement, hitting cushions, drama enactment and role-play. In a safe, regulated, boundaried and supervised setting he could release emotionally-charged feelings of anger, fear and hate.  He started to let go of his defence strategies which were so detrimental to his relationships and his overall well-being.

In his sessions he gained insight into the causes of his underlying distress. What had hitherto been out of sight and mind became increasingly apparent.  As a witness with a psychotherapeutic lens, I gave him feedback about what was coming up in his processes. We explored and discussed, in an empathic and insightful way, how to replace his negative states with positive ones, so transform his pain and suffering into wellness and understanding.

With outstretched arms ask your imaginary mother in front of you: ‘feed me, be with me’ as you sense your need for love and nourishment.  Be aware of, experience and acknowledge what you are feeling, so you really know what’s going on inside you rather just in your head.

Reach out to the other with your hands, asking for what you want and need, then close the door to them by putting your hands on your chest to act as a barrier against them.  Possibly even turn your back to them. Feel the effect of disconnecting and closing off.  Sense if any emotional pain is induced by this. If so express it through voice and tears to get in touch with deeper feelings of hurt and grief, rather than any default defensive reactions.

Moving your pelvis to and fro, feel your energy extend outwards in front of you. Let yourself go and let go of any pent-up energy rather than holding it back. Sense any fear you might have by putting your energy out, especially of your father. Visualise that your expressed vitality can flow out into the world with love rather than fear and anger.  Feel that you can connect with others rather than keeping yourself isolated and shielded from anticipated hurt.

See what you need to say to your distressed inner child. For example, ‘I am here for you’ or ‘You have me to protect you’.  Sense how your child wants to be held and, with a cushion as your child, hold and cuddle it. Allow your feelings of care, love, sadness, longing to emerge.

Lie with your hands by your sides and imagine they are being held by your parents on either side.  Imagine they are giving you their full love, care and attention. Using your inbreath take in through your hands their nurturing deep into your very core.  When you feel this perfect parental love is filling you, bring it and feel it deep in your heart by bringing your hands to rest on your chest.  See if you are able to feel any love and relax in this state, so you can feel truly wanted, validated and appreciated.

Drop into the centre of your body and try sense the very core of your being. Feel the wellness and stillness in this place. Try to connect to your core self and tune into its qualities and psychological and spiritual resources. Try to sense the particular spiritual attribute you feel you need to integrate it in yourself. It might be one that will help you deal with what you are going through or address a personality trait causing you problems. In other words enlist your authentic integral core self to help you in your day to day life.